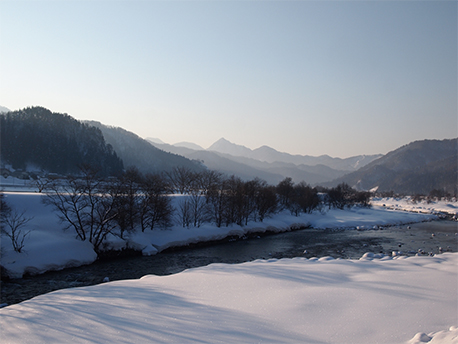 Nango District of Minami-aizu town, where our brewery is located, gets some of the heaviest snowfall in Japan with as much as 2 meters of snowfall every winter. In the past, when road and distribution networks were still underdeveloped, roads were often closed due to heavy snowfall, making it difficult to transport goods and sake to the village from outside. It was then that local villagers felt that if they can’t get sake transported there, they would have to make it themselves! It is told that this marked the beginning of our brewery. So, uncommon among brewery companies, our brewery has no “Kuramoto” a hereditary proprietor. 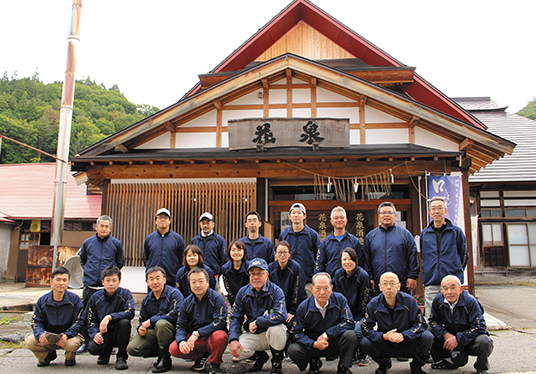 Even now, our all brewery workers, including the head brewer “Touji”, are all locals from the Nango region. We are living on the land, loving our land and making our Sake with people’s harmony and smiles within the beautiful nature of Minami-aizu. Our Sake “Hanaizumi” and “Roman” are the sake that is perfectly suited to the climate and nature of Minami-aizu. 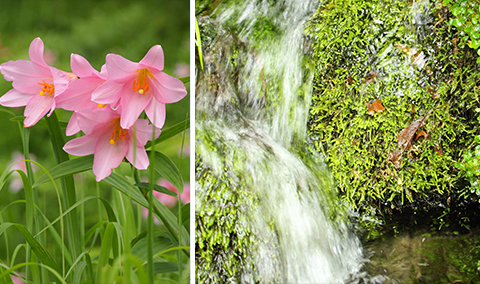 The reasons
for the name “Hanaizumi”
～ From the land where “flowers” (hana) bloom,
bubbles “spring” (izumi) water～

From Takashimizu Natural Park where beautiful lilies (花＝HANA) bloom, gushes water from its springs (泉＝IZUMI). We named our brewery “Hanaizumi” because we use that spring water to produce our sake. 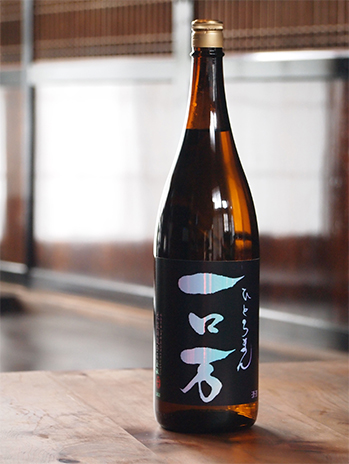 When having a few drinks in the break room after work or when brewers and employees gather, they would often say: “brewing is romantic” . One day, when thinking about ideas for a new brand that would come after “Hanaizumi,” we realized that the words “一号” (ichigo: number one) could be rearranged to read “一ロ万” (hito-roman: first-romance), which overlaps with the phrase “brewing is romance” and resulted in the new “Roman” brand.

Photos, text and designs used on this website,
all rights reserved HANAIZUMI Sake Brewery Co., Ltd.
Unauthorized photographs for commercial use is prohibited.