At HANAIZUMI Sake Brewery,
we produce the two brands “Hanaizumi” and “Roman.” 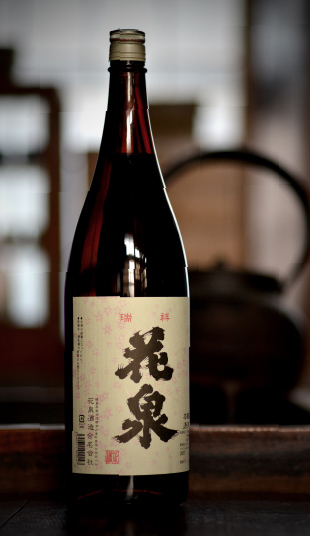 Continuing and evolving our tradition,
A sake made with people’s harmony and smile

Produced in a traditional fashion and beloved by regional nature and people.
The natural surroundings of Minamiaizu can be felt.
It is sake that has become the Hanaizumi’s standard.
Enjoyable cool or warm, it goes well with many dishes,
making it an ideal compliment to meals.

Local rice, local water, and local people.
A sake that is committed to the true meaning
of the term “local sake”

All of the rice used has been grown locally in Aizu District.
We use Sake rice (brewing varieties) such as “Yume no Kaori,” which was developed in Fukushima Prefecture, and locally grown “Gohyakumangoku”.
Additionally, it also uses the Sake yeast variety “Utsukushima Yume Koubo” that was developed in Fukushima Prefecture. With a preference for all things from Fukushima Prefecture, it is a sake that smells gorgeous and is sure to get many to fall for the charms of Japanese sake.
With the “Roman” Series, we make a sake for each season and we hope the customer enjoying Japanese season.

Photos, text and designs used on this website,
all rights reserved HANAIZUMI Sake Brewery Co., Ltd.
Unauthorized photographs for commercial use is prohibited.